Contra Vision® perforated window film is commonly used for Out of Home (OOH) advertising on buses and trams, providing valuable income to bus operators and in effect, subsidizing ticket prices. Brands can reach large audiences in urban areas by creating highly impactful mobile billboards across the full side of a bus and passengers inside have a clear view out.

But did you know that one-way vision window graphics also offer the added benefit of reducing solar heat gain and uncomfortable glare, resulting in a lower carbon footprint and decreased greenhouse gas emissions? 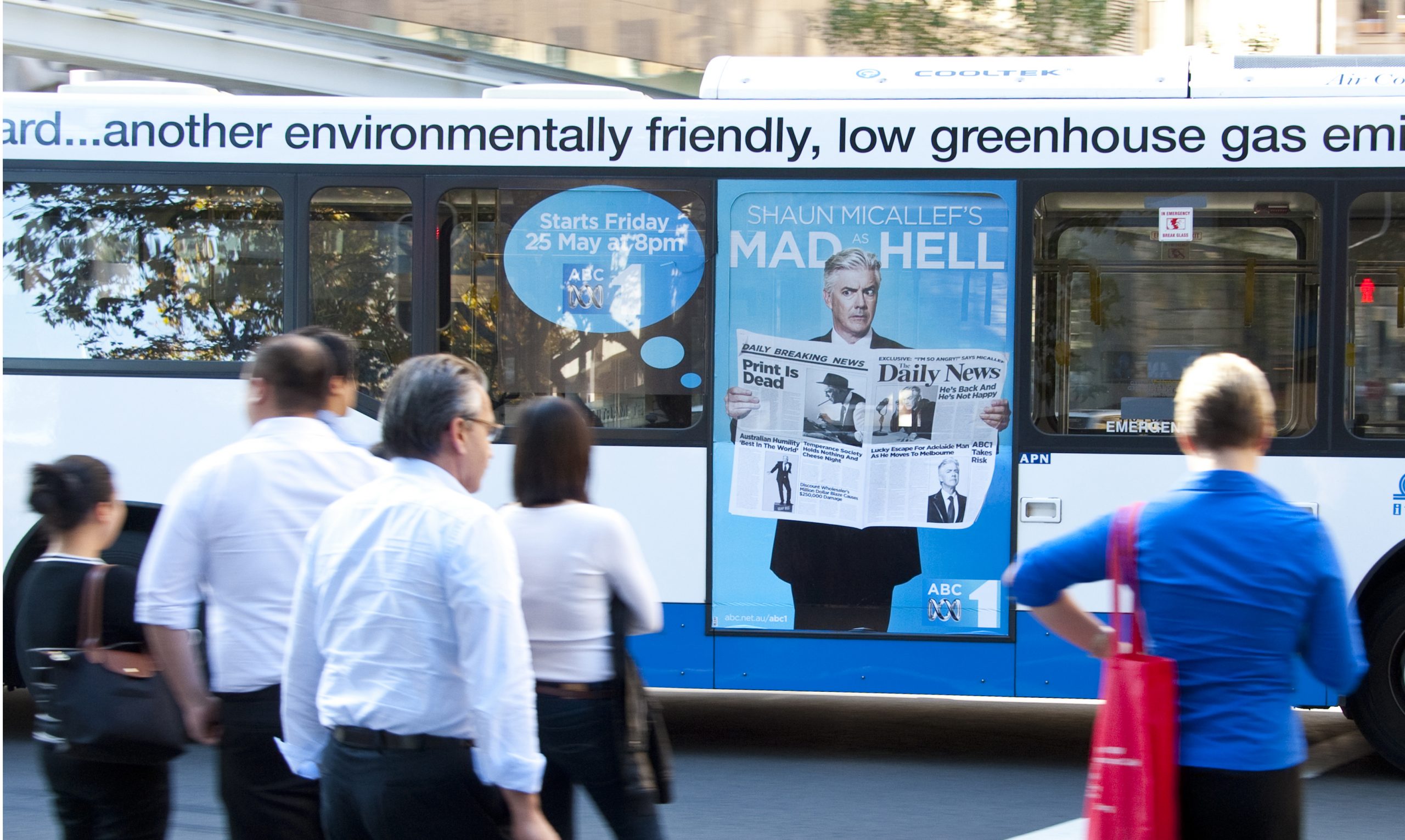 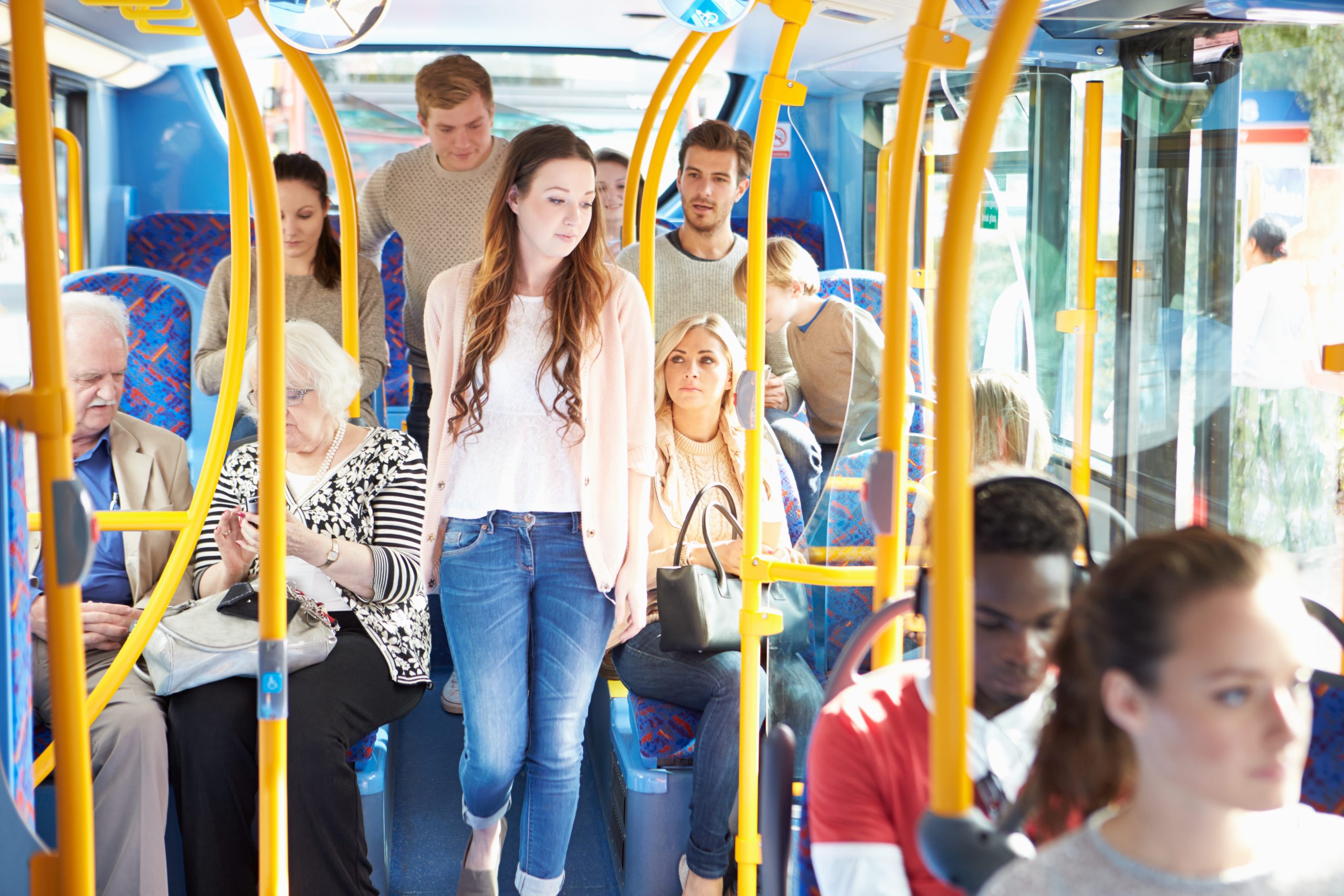 The inside temperature of public transport buses is typically controlled to ensure the comfort of passengers. On warmer days this temperature can spiral from solar heat energy transmitted through windows and bodywork which is then trapped inside. Engine heating and passenger metabolism can have an even greater impact. Modern buses are equipped with HVAC (Heating, Ventilation and Air Conditioning) units which heat or cool the inside of the bus to maintain a target temperature. However, additional fuel is consumed to power the HVAC units and there is leakage of refrigerant gasses which are much more harmful to the greenhouse effect than CO2.

A Contra Vision bus wrap helps to reduce solar heat transmittance through windows because the printed area acts as a barrier which reflects or absorbs heat before it reaches the glass. The impact of Contra Vision on side bus windows was tested using a simulation model developed by Theseus-FE, a German engineering company based in Munich. A background report which benchmarks the simulation model can be found on the company’s website,  including key assumptions such as the make of bus (MAN Bus A37), average bus velocity (20 km/h), target inside temperature (25oC), average number of passengers (33 each with 87W metabolism) and engine heating (35oC wall temperature). The model simulates a full day of activity from 6am to 8pm, calculating the power requirement of the HVAC unit at each point of the day to maintain the target temperature and the corresponding demand on energy.

The results indicate that air conditioning load is reduced by up to 23% on a clear day when the outside temperature is 17-20OC. This represents an average day in Sydney, Florida and Californian cities. Over the course of the day there is a saving of 5KWH of energy demand from the HVAC unit which equates to 0.5litres of diesel consumption and 1.5KG of CO2 emissions. This is a saving of 180 litres of diesel per bus over a full year.

The reduced HVAC load also means that less refrigerant gas is released into the environment which is a contributor to the greenhouse effect. This is estimated as of 0.04g per month. Assuming the most common refrigerant gas (R134a) then the CO2 equivalent is 0.05kg per month.

There is a net saving in CO2 emissions over the lifetime of a bus wrap which is posted on the window for 3 months. The lifecycle CO2 impact (excluding on window usage) of Contra Vision® Performance™ window film is 3.76kg per m2. The HVAC benefits per m2 for a 3 month wrap is estimated at 7.18 kg CO2 per m2. Therefore the net benefit is 3.42kg CO2 per m2 (for the average conditions of the case study).

Please contact us to request the full case study and analysis. We have a presentation of the results for our customers to share with their clients. 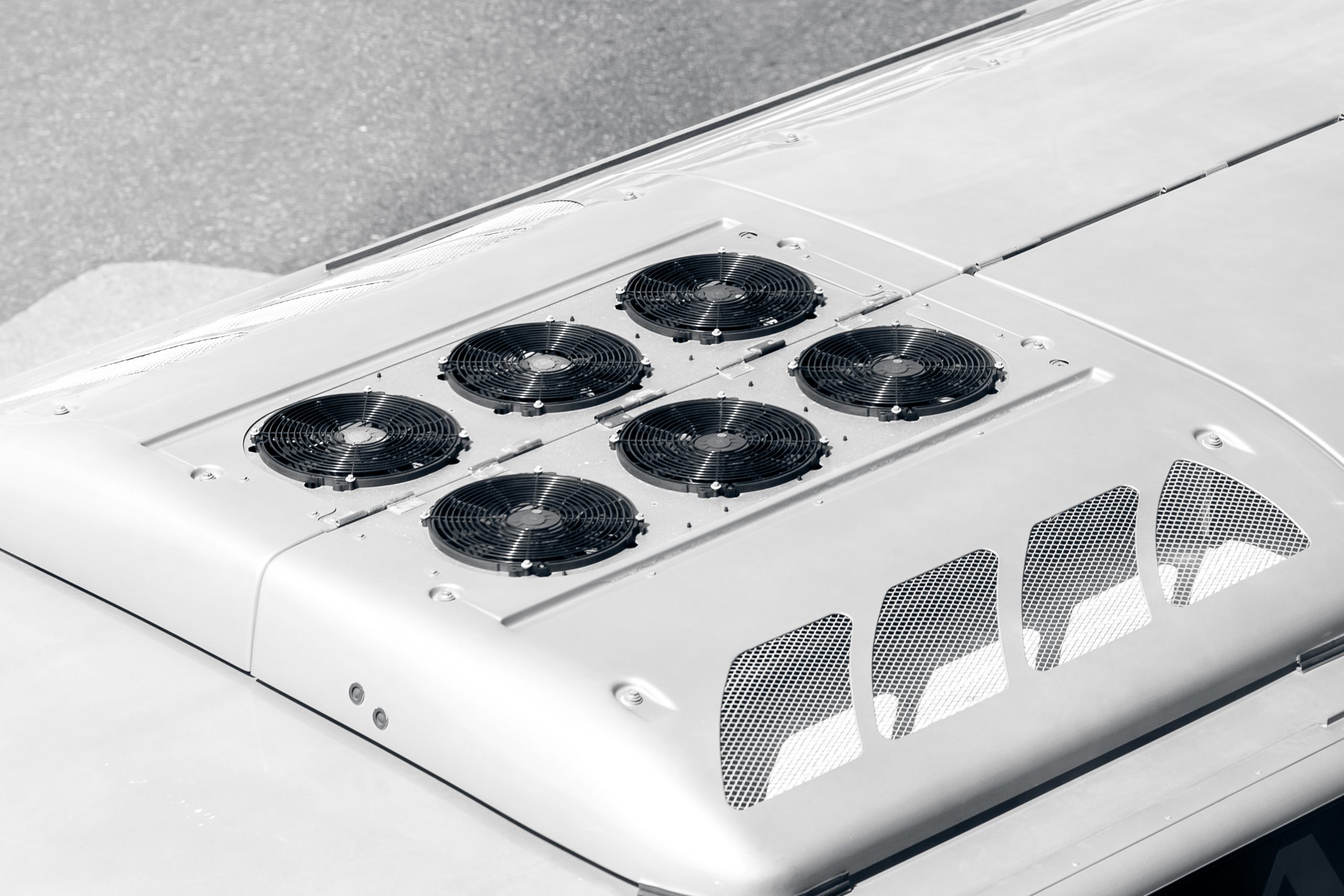