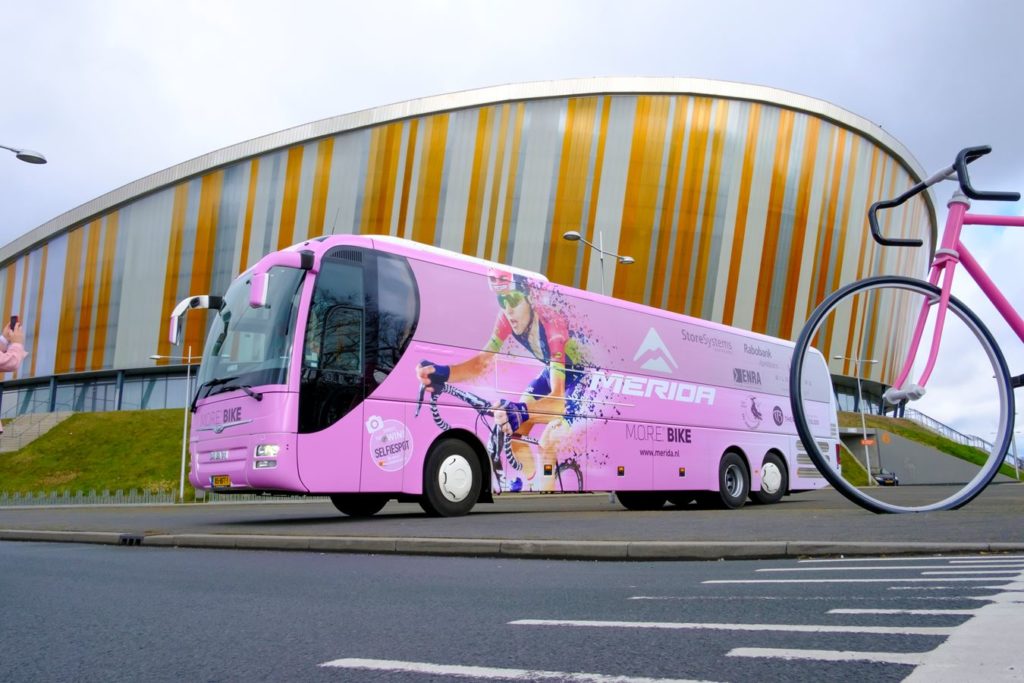 The prestigious Giro D’Italia, (Italian cousin of the Tour de France) takes place annually in May and in a previous year started in Apeldoorn in the Netherlands, before the cyclist’s head over the Alps and down to Italy.

Merida Bikes, manufacturer of high-quality bikes, were looking to brand a bus with promotional graphics which would visit main race locations and be used as a hospitality venue for guests.

Working with space advertiser Triple Media and printers, PPP Nederland, Performance White on Black in 20% transparency material was chosen as the perfect solution, to ensure strong graphic performance and some privacy screening during hospitality events. Unlike traditional bus wraps the strength of image was key, rather than visibility out as in public transport, where 20% transparency can only be used on bus rear windows.

The ‘Grande Partenze’ took place on May 6th, after which the bus visited main race locations and could also be hired out for private trips. Mostly bright pink, the Merida bus provides strong visual communication, firmly placing Merida bikes at the heart of the action.

John Cremers, of Triple Media commented, ‘We are very proud of the result, this bus wrap meets the client’s objectives of creating a strong promotional message on their hospitality venue and will add real visual impact to the launch event.’