Skip to content
Previous Next
Projection Mapping The Macallan Distillery 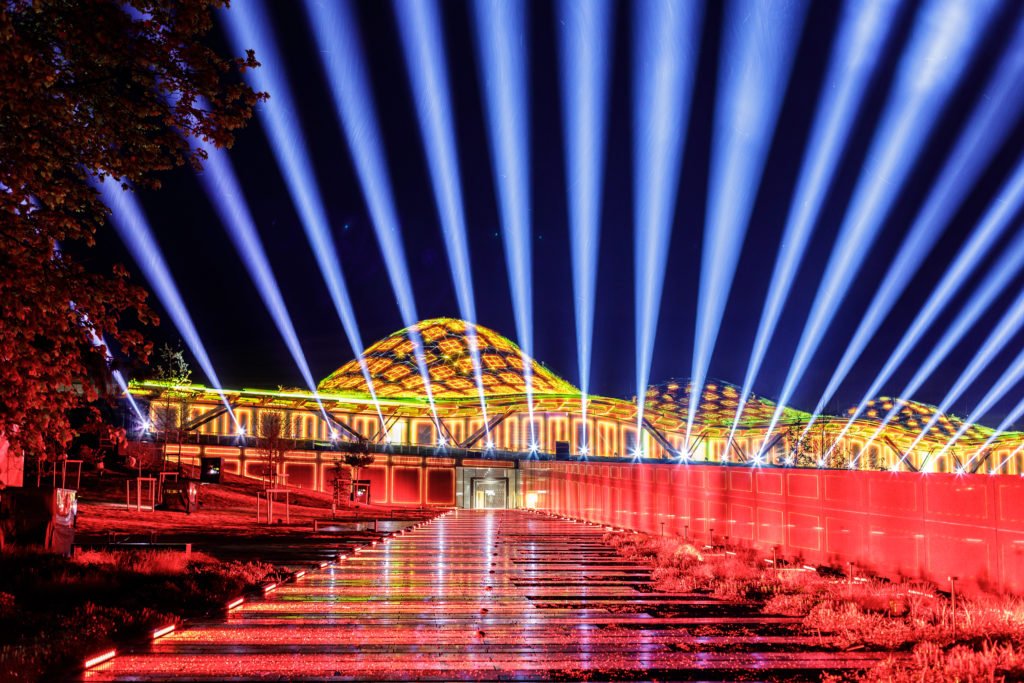 The new Macallan Distillery is one of the most ornate and complex timber structures in the world. A total of 380,000 components went to make up the incredible structure which sits on the Easter Elchies estate near Craigellachie in Moray. Camouflaged under a 14,000 sqm roof of turf and meadow flowers to blend in with the rolling hillside, the total cost for the production facility and visitor centre was $180 million.

Its considered design ensures it blends into its beautiful Scottish surroundings, whilst performing its function as one of the most technologically advanced facilities in the world. Celebrating its launch demanded an equally creative solution.

Projection mapping is a technology which can turn often irregularly shaped objects, into a display surface for video projection. Whole buildings appear animated and when combined with audio content the experience is highly engaging.

When you project onto any building, windows are often a challenge. Rood Signs was tasked with fitting over 650 sqm of Campaign White on Black in 30% transparency to the entire glazed surfaces of The Macallan’s new distillery for a projection mapped grand opening event.

Marketing specialists, Genie, produced a week of events for the building’s launch with a spectacular finale delivered for 450 international guests. The evening show included a dramatic unveiling of the distillery with Projection Artworks’ futuristic show, projected onto the vast building.

The use of Contra Vision one-way window film ensured an unobstructed view out was maintained for those inside the building. The polar white color is designed to function perfectly in such projection applications. The window film installation was trouble free and the show went brilliantly.

One of the great things about a projection mapping event is that the moment the projectors are turned off, the building is instantly available for its working role. Thanks to the Contra Vision element of the window film installation, removal of the glazing’s screens was also quick and easy. Not a trace of the specialist adhesive supplied as standard on the film remains.

Memories of the stunning event, however, will endure for years to come.