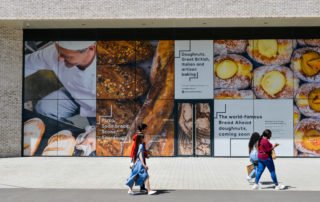 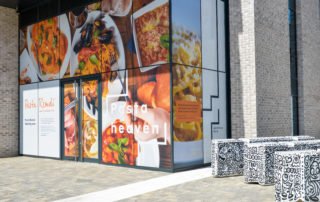 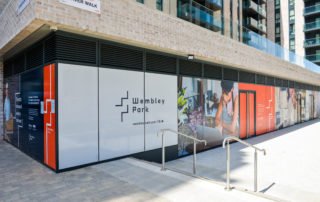 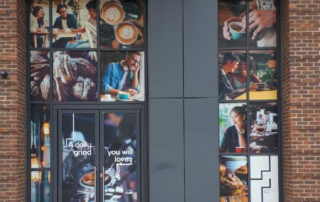 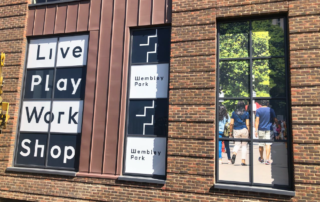 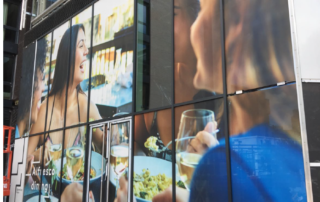 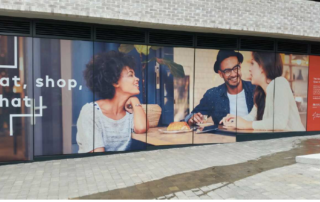 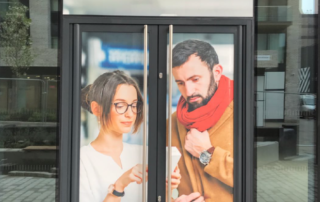 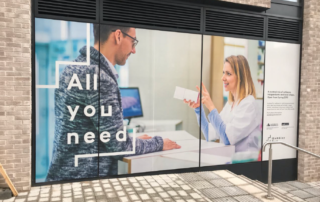 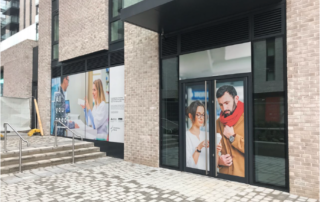 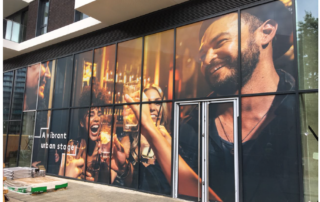 Wembley Park is a neighborhood in the London Borough of Brent. The area spans 85 acres and contains Grade A office space, a shopping center, a gym, an abundance of restaurants and bars, entertainment venues and community spaces. So far over 7000 new homes have been built and it is estimated that over 20,000 people will call Wembley Park home by 2027.

Wembley Park approached Octink, a specialist producer of display graphics, to design and install promotional graphics in various locations around Wembley Park where internal building work was being done. These would hide the construction from outside view, showcasing what the unit would be turned into and allowing natural light into the unit to aid the constructions workers.

Octink chose to use Performance White on Black in 30% transparency which they printed the window graphics using a Durst 160 and were applied to the outside of the windows of the empty retail units.

Using Contra Vision perforated window film in this situation is useful in many ways. Firstly, it hides internal building work without blocking out daylight for those working within the building. Secondly, impactful and vibrant graphics can be printed on to the film which would promote the space.

Contra Vision perforated window film is the perfect material to use in instances where a window graphic is only temporary, as is the case at Wembley Park. This is because our self-adhesive window film can be removed quickly and cleanly, with minimal tearing which ultimately will bring down the cost of labor.

A variety of events are put on throughout the year to keep Wembley Park bustling. As building developments proceed and the area continues to flourish, foot-traffic is likely to increase in the area. This means applying promotional graphics in Wembley Park could prove to be very effective.