Skip to content
Previous Next
Building Wrap The Modern 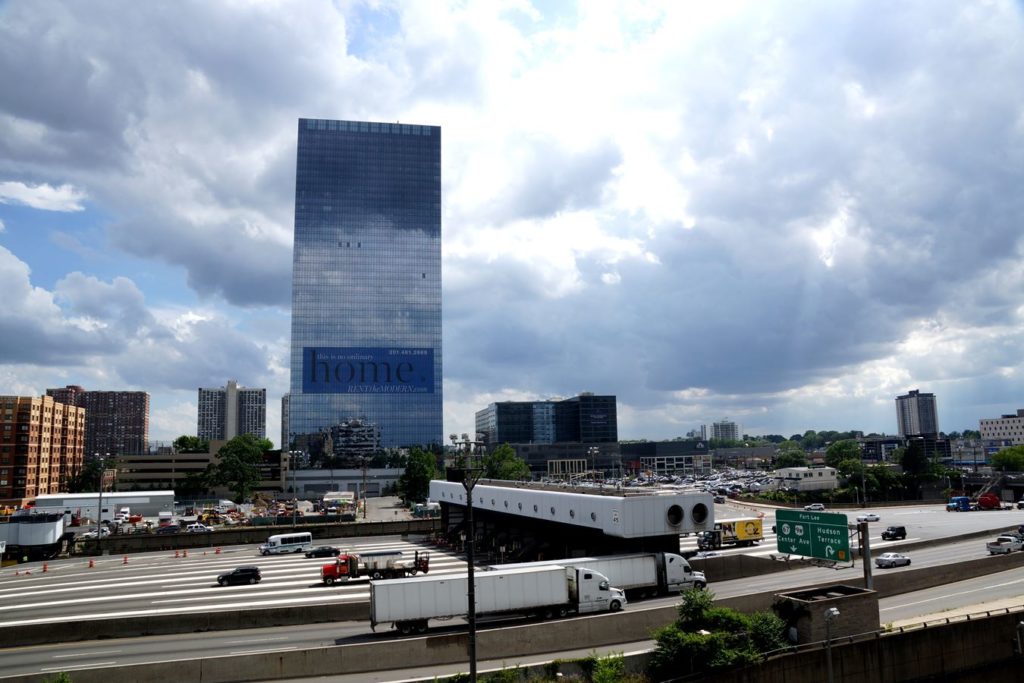 The Modern is a forty-seven-story shimmering glass residential development situated in Fort Lee, New Jersey. The complex has extensive views of the skyline and offers its residents direct access to the western approach of the George Washington Bridge. The agents wanted to harness the impact and scale of the building’s location to advertise the space within using promotional graphics.

Being visible to anyone making a journey across the GWB, made for great promotion of The Modern. The developers’ agents decided to further exploit the building’s enviable location by installing a massive window graphic to the glazing of the tower with the intention of announcing the development’s availability.

With “views” being a key feature on the development’s long list of attractions, anything done in the name of the views’ promotion had to maintain them for those inside the building. Contra Vision® perforated window film was chosen while the window film installation was done by NYC based Beyond Printing.
For an advertisement to deliver any impact at skyline scale, it must be big and elevated. Beyond Printing’s work at The Modern is. It measures some sixty feet high and a hundred and sixty feet wide. Produced in forty-seven, sixty-foot drops and applied at height, the advertisement promotes the building brilliantly and it says much about the printing and installation skills of the team at Beyond Printing too.

Performance White on Black was used for the project. The product features Contra Vision® Grayliner™ making it possible for the Beyond Printing team to perform an accurate assessment of the print quality straight off its HP Latex print before installation. The 50% transparency version of Performance White on Black was chosen delivering the required balance of image impact and see-through quality desired.

A critical consideration when applying self-adhesive window film to structures requiring complex and expensive access measures is that the product both adheres reliably and removes cleanly. Performance White on Black does just that and the team at Beyond Printing confirmed that this was a factor in the decision to use it.

Anyone crossing the river into New Jersey now will see The Modern and be in no doubt that it’s open for business. As all those who chose to go and see if they’d like to set up home at The Modern will see, this building has one of the most dramatic views in the world – unimpeded by one of its most conspicuous advertisements.