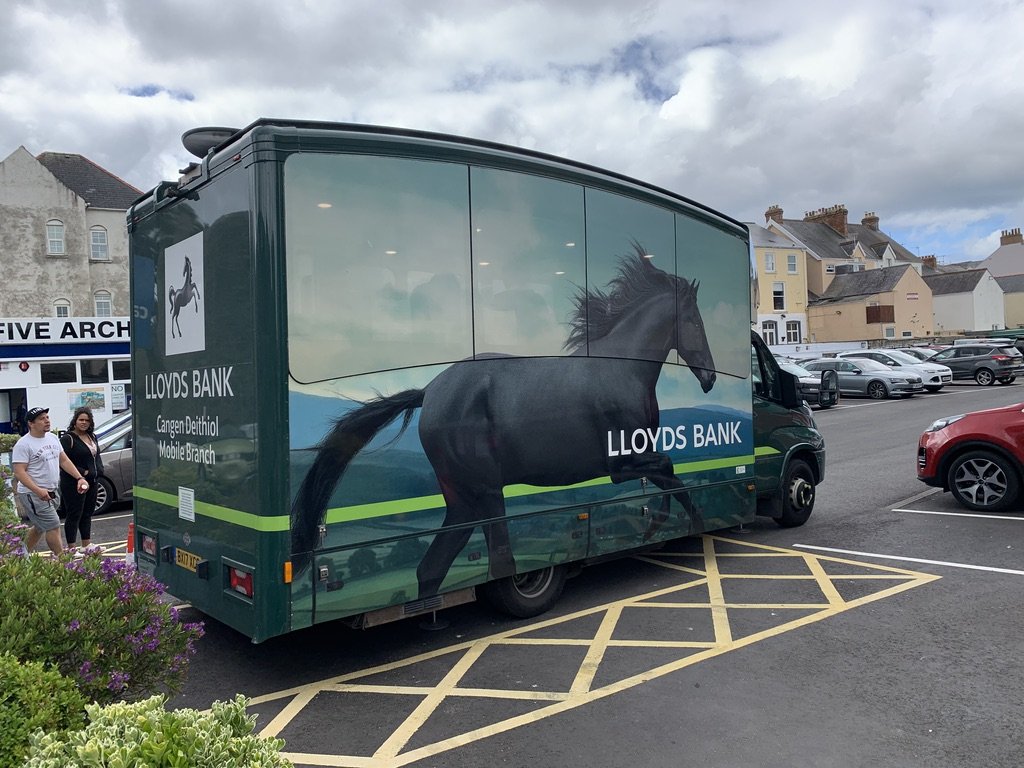 High street branches, shops, libraries and local community centers are becoming unprofitable in a digital age. Some banks and government agencies are resorting to vehicles which drive to different locations over the week. The vehicles benefit from one-way vision windows to give privacy to workers and customers inside, which are often parked in very public locations. This also provides the opportunity to add branding and graphics to the outside of windows to promote the services on offer.